Santa Rosa, California, is in the heart of wine country and is known for its various breweries, but there’s lots more to do in Santa Rosa than wine-tasting and beer-sipping.

The area is chock full of things to do, including art and culture, history and education, shopping and dining, golf, spas and salons, and adrenaline-pumping fun. And, its convenient location provides easy access to surrounding cities and even more things to do.

Santa Rosa is just 15 minutes west of Sebastopol, 20 minutes north of Healdsburg, 30 minutes from coastal Bodega Bay, 35 minutes from Calistoga, 40 minutes southeast of downtown Sonoma, and just an hour north of San Francisco. When you live in Santa Rosa, there’s a limitless world of possibility for things to do.

How much home can you afford?
Find out here!

Here are a few of the fun and exciting things you can do in Santa Rosa, California.

Santa Rosa, the jewel of Sonoma County, is a part of wine country, but here, it’s more about the beer. There are several breweries in Santa Rosa that serve up craft beers in relaxed atmospheres.

And, to allow you to experience several varieties and brewing companies, you could opt to take a brewery tour with transportation provided.

While craft beer might steal the show in Santa Rosa, there are still plenty of wineries in Santa Rosa. The area is described as the place where beer meets wine.

Historic Railroad Square has been a staple in Santa Rosa since 1904. The old-town ambiance laces the square with enchanting charm.

Just a few of the diverse dining choices in Historic Railroad Square include Railroad Stop Bar and Kitchen, La Gare French Restaurant, Jack and Tony’s Restaurant and Whiskey Bar, and Khoom Lanna Thai Cuisine. You can enjoy a walking tour, self-guided through the historic area the area to enjoy a bit of history.

For 82 years, since 1854, the county courthouse has served as the judicial center. However, it’s been reimagined and reconstructed to serve as a community gathering place. Santa Rosa and the Old Courthouse both were rattled by multiple earthquakes.

In 1966 The Old Courthouse was demolished with some of the granite steps saved and incorporated into the new building. Then, again, in 2017, the square was updated and now serves as a popular venue for meeting up with friends. The area is also peppered with boutique shops and restaurants.

6 Steps to Buying a Home
Go to top

The Museum of Sonoma County

The Museum of Sonoma County, an affiliate of the Smithsonian, places focus on regional history, juxtaposing that educational nostalgia with contemporary artwork.

The museum features multiple permanent and rotating galleries in addition to a sculpture garden. Housed in the historic post office, which is listed on the National Register of Historic Places, the museum also offers educational programs.

Luther Burbank was a prominent figure in Santa Rosa, so much so that he inspired the annual Rose Parade celebrating and honoring his achievements.

Burbank’s goal was to increase the global food supply by manipulating various types of plants. His success introduced more than 800 new species of plants.

Gardens currently on display include a medicinal garden, a wildlife habitat garden, and an edible landscape garden. His home is listed on the registered city, state, national, and horticultural landmark.

Luther Burbank Center for the Arts

The Luther Burbank Center for the Arts, via its Education Through the Arts program, serves more than 40,000 children and adults. Visual arts include rotating collections of outdoor art sculptures, indoor art, and a permanent collection.

The hands-on museum’s goal is to inspire and educate Santa Rosa residents and visitors about aviation heritage, to honor veterans, and to preserve aircraft and artifacts.

Discover the art of cartooning, view exhibits, attend programs, watch animated documentaries in the museum’s theater, or get hands-on and draw your own cartoons. You can also schedule a guided tour.

The Children’s Museum of Sonoma County exists as an expansive educational playground for children with a myriad of hands-on activities designed to inspire curiosity and creativity.

The museum, with a founding focus on early childhood research, has established a place where children can develop foundational skills while having fun.

6 Steps to Selling a Home
Go to top

A joint endeavor between the Santa Rosa Players and Actors Theatre, the 6th Street Playhouse delivers creative theater and engaging programs that inspire and educate the diverse community of Santa Rosa.

The venue received the Sonoma County Historical Society Award for Preservation of a Historical Building, and also the City of Santa Rosa Award for Cultural Enrichment.

Things to Consider When Pricing Your Home
Go to top

Santa Rosa offers plenty of opportunities to enjoy a day at the park. In fact, there are more than 70 parks, including dog parks, that envelop a total of 700 acres.

Santa Rosa, California, is in wine country, but there’s much more to the city than Pinot Noir, Chardonnay, and Zinfandel. Although you can definitely enjoy wine tasting rooms, wineries, and vineyards, you’ll also find a plethora of breweries. But when it comes to fun for the family, Santa Rosa delivers in a big way.

There are plenty of opportunities in Santa Rosa to make learning fun, to get inspired, to feel creative, and, above all — to play.

Your real estate agent is the best source of information about the local community and real estate topics. Give Allison Norman call today at 707-799-3617 to learn more about local areas, discuss selling a house, or tour available homes for sale 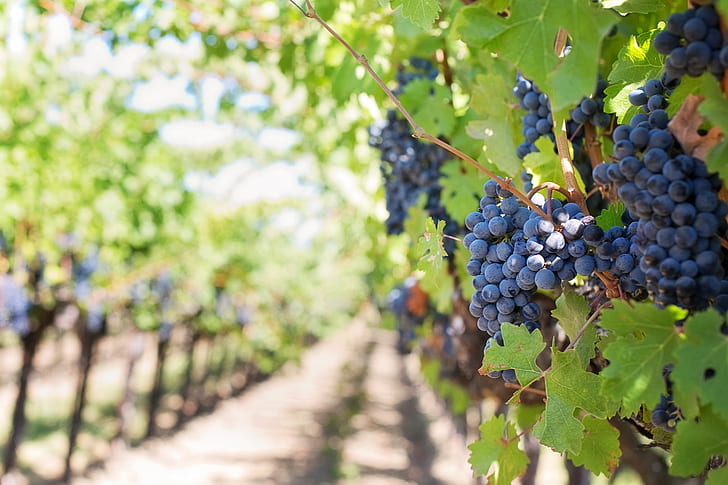 Article Name
Things to Do in Santa Rosa, CA
Description
Santa Rosa, California, is in the heart of wine country and is known for its various breweries, but there's lots more to do in Santa Rosa than wine-tasting and beer-sipping.
Author
Allison Norman
Publisher Name
allisonnorman.com